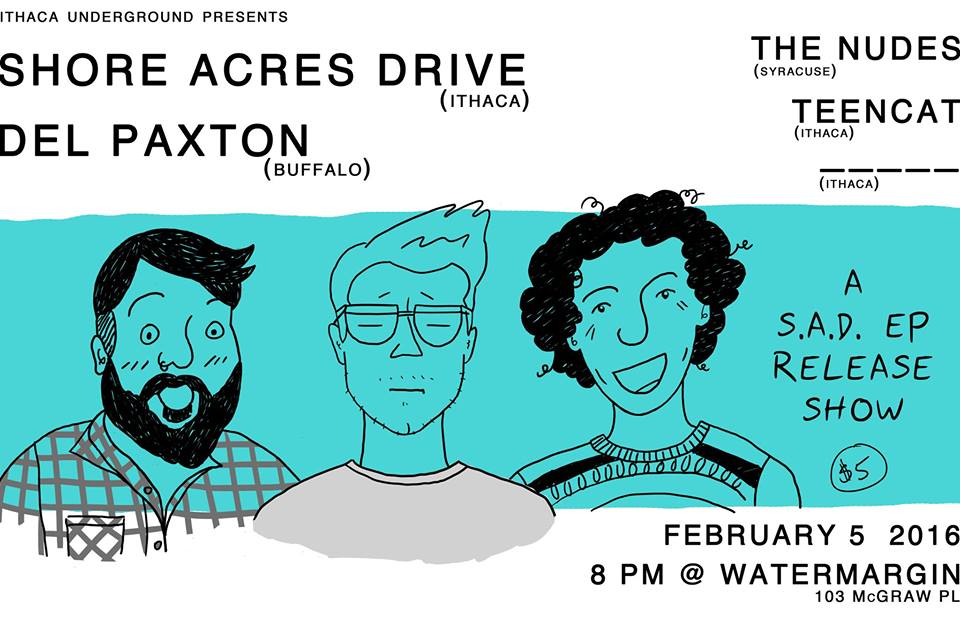 Shore Acres Drive began in 2013, when Charlie Fraioli started uploading his acoustic demos to bandcamp. He was initially timid about performing live, but eventually debuted his stripped down arrangements of indie/punk at the Ithaca Underground stage of Ithaca Festival in 2014. That show got him hooked on performing, and he soon became a regular opener at IU shows. By the end of the year, James Manton (bass/vocals) and Jake Burchard (drums) had joined the group and released their debut EP, Middle of Nowhere.

The trio began writing together while also earning opening spots for bands like Posture & the Grizzly and Cloud Nothings. The band’s sophomore EP, set for an early 2016 release, showcases a major shift in songwriting. Songs ebb and flow from atmospheric instrumental passages to urgent moments of catharsis, all with a touch of pop sensibility.