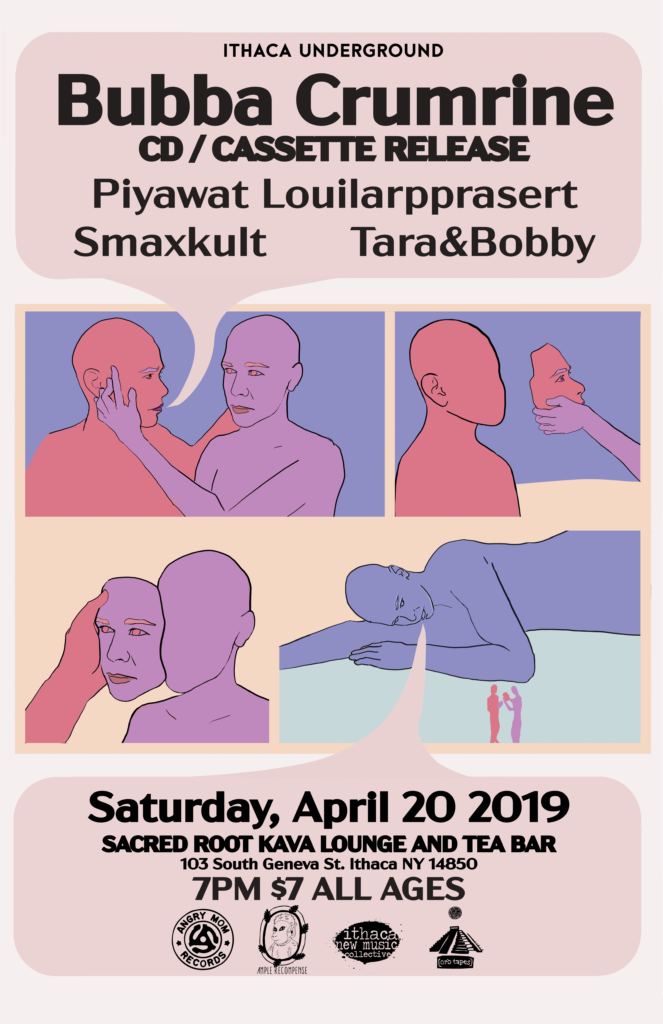 Join Ithaca Underground on April 20th at 7pm  to witness the release of IU’s own Bubba Crumrine’s CD/cassette, “How Brightly Can You Burn? (The Death of Youth)”!

A vital catalyst and nurturing force in Ithaca, Bubba Crumrine’s own solo work is as much a longstanding local force as he is. Recordings dating from as far back as 2007 feature his signature experimentation with washboard, voice, and drone. Bubba’s newest output is perhaps his most stunning yet, merging the usual sonic investigations more completely with a vulnerable and beautiful emotional core. It is a defining and captivating body of work with a flow all its own, and features incredible production work, giving it the presence it deserves.