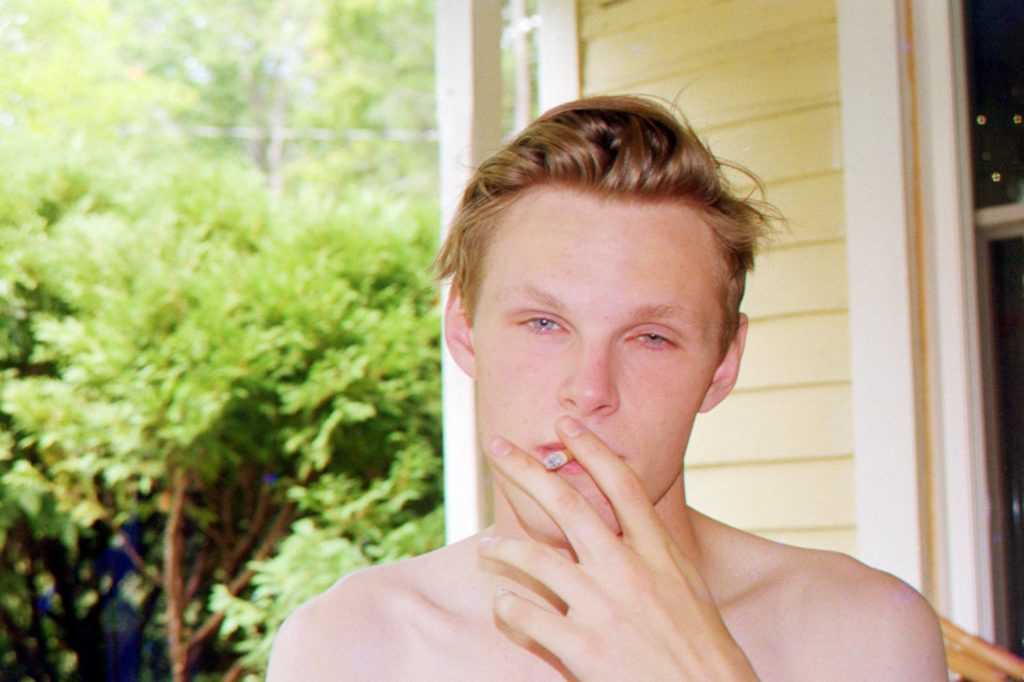 Eyukaliptus, affiliated with Smacked & 73 Records, is a great example of the all ages, DIY, music scene in Ithaca. At 19 years old he has gained a following as a producer, singer, and songwriter. I caught up with Eyukaliptus recently in anticipation of his show Friday night with Onry Ozzborn at Sacred Root Kava Lounge and Tea Bar.

Evan: How did you come up with (the name) Eyukaliptus and what does that name mean to you?

Eyukaliptus: I was in the 9th grade at my high school and I caught this little 3rd grader trying to spell eucalyptus. He misspelled it and wrote Eyukaliptus. I just remember thinking that spelling looked so raw, I decided to make that my name. To me, it reminds me of MF Doom’s Special Herbs instrumental series. Eyukaliptus just sounds like a dope plant that sort of matches the type of music I make.

Evan: Your older brother Corey, in bands such as Mouth To Mouth To Mouth, has played shows with IU quite a few times in the past. What influences has he had on your career?

Eyukaliptus: Corey is the reason I make electronic music, he introduced me to the DAWS (Digital Audio Workstation), which I still use today. He has been my biggest inspiration. Corey was also responsible for showing me a majority of the music which has influenced me.

Evan: Do you believe Ithaca Underground, as an organization, has had any influence on your career?

Eyukaliptus: IU has had a huge influence on my career. I’ve been going to IU events, performing, and participating with them since I began making music.

Evan: I can’t stop listening to your single, “Juke”, could you explain what the term, Juke, means?

Eyukaliptus: Juking is a style of dancing, which originated in Chicago. If you listen (to the song) there are certain sections meant for Juking.

Evan: What influence do you think your time spent in Chicago had on your latest album, “ALWAYS // TAKE OFF”?

Eyukaliptus: I was always listening to the hip-hop scene in Chicago. That basically influenced what I would be recording at the studio I was working at. Most of the album was recorded in Chicago.

Evan: How did you link up with Smacked records?

Eyukaliptus: Kelsey (Mr. McBean) reached out to me over a track I posted on Facebook when I was in, like, the 9th grade. Since that moment I’ve been working with them, it’s really started to take off recently. I consider them (Smacked Records) my day ones in music.

Evan: Any upcoming projects we should be watching out for?