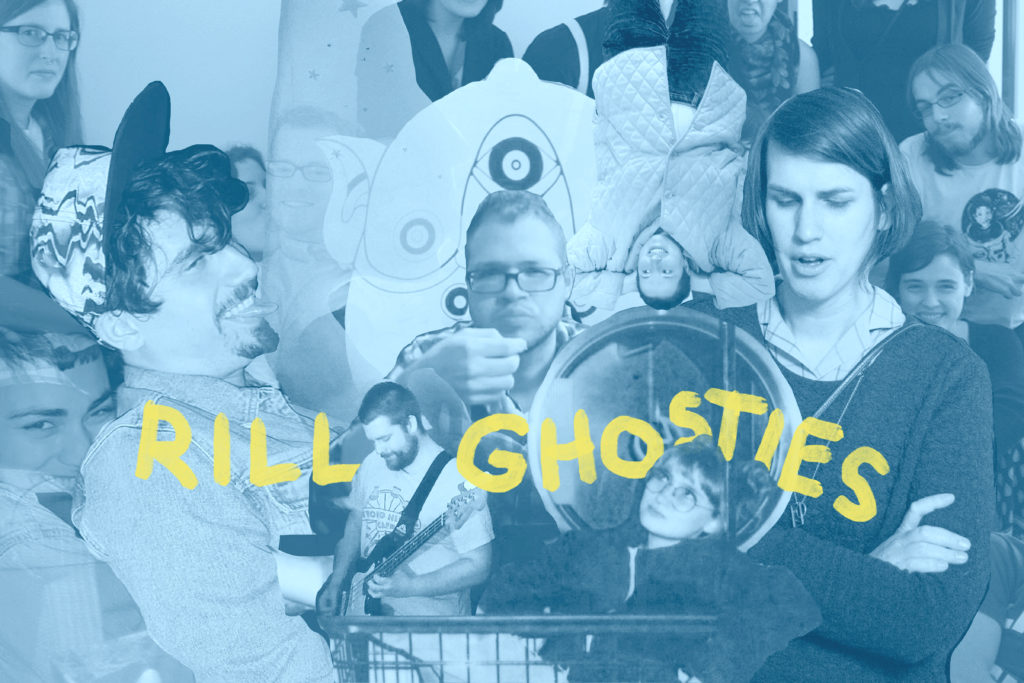 Nearly every member of Rill Ghosties is already a familiar face in Ithaca’s DIY scene, fostered in large part by Ithaca Underground. Hennies currently sits on the IU board of directors and books shows for Queer Sound Ithaca. Knapp has engineered sound at countless events at seemingly every club, bar, theater, and house venue in Ithaca, and has trained IU sound volunteers. McClusky and Torrey have each volunteered as photographers, videographers, and poster artists for IU, in addition to booking house shows for Varsity Sex Club and Tweehouse, respectively. Torrey also recently agreed to take on the position of IU Social Media Coordinator.

Self-described as a “sleepytime motorik marching band”, Rill Ghosties draws inspiration from (and shamelessly rips-off) earnest pop-rock and protopunk from the 60s and 70s, the jangly dreampop of the 90s, and—especially—the early krautrock output of the band Stereolab. 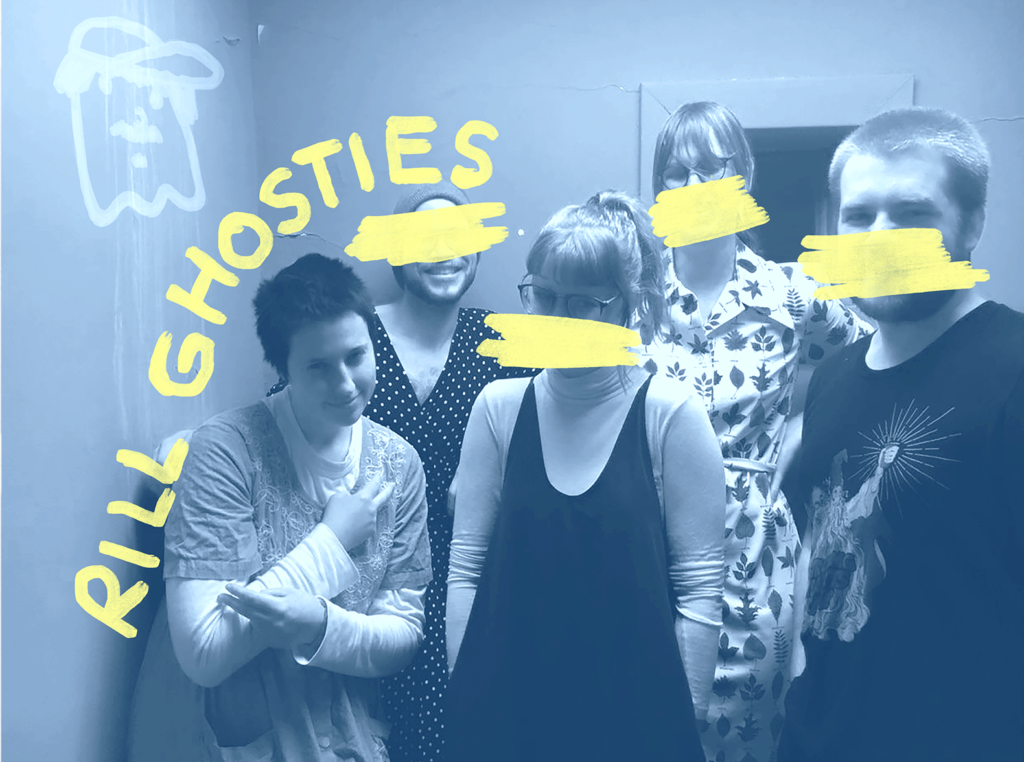 Torrey had this to say about the track itself:

“Well that song was actually something I first wrote in an afternoon in like 2011 as a filler track for a different project’s EP—it ended up being a Rill Ghosties song because the project I originally wrote it for never performed live, and I had a hunch it’d be fun to hear with a band. Sarah [Hennies] recorded most of it at her house, Lucas [Knapp] mixed and recorded his parts in Philly. We’ve been performing as a band since last summer, but all six of us literally haven’t ever been in the same room at once… that won’t happen until we record the EP at the end of April, and probably not again until we play Grassroots in July or whenever it is.”

Listen to “Brake and Stall” and the rest of Volume 4 at the Ithaca Underground Bandcamp page.

Follow us on social media (links below) to stay up on this series; for the next entry we’ll be highlighting Christopher Harrington’s dark progressive project Varth, and the track “The Skrelth Floor”.