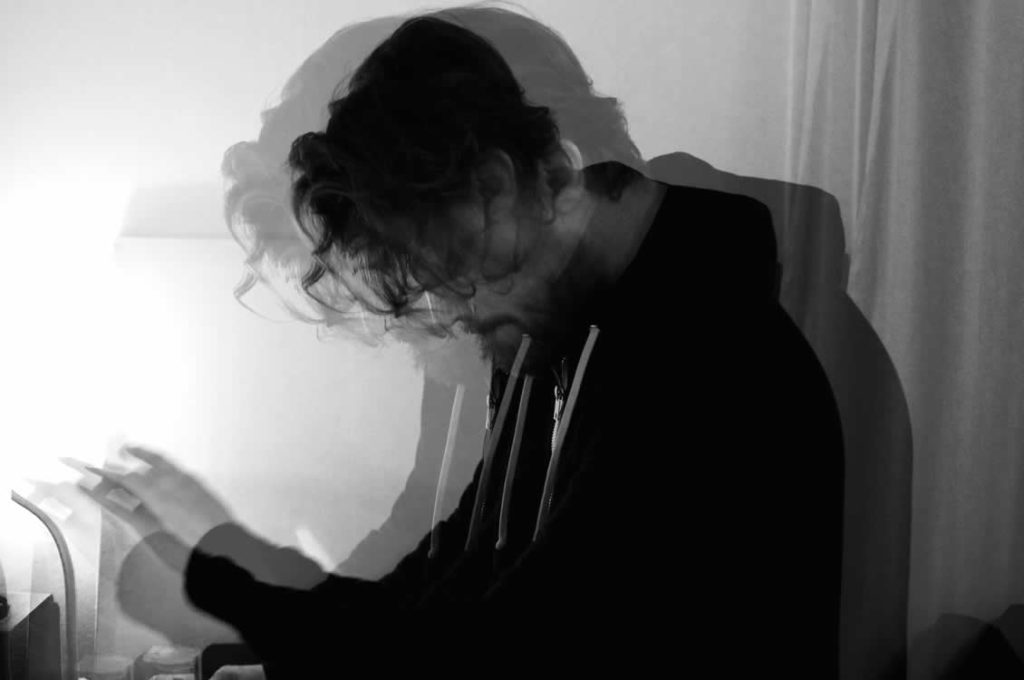 When artist and writer Christopher J. Harrington moved to Ithaca from NYC in early 2015, he lived right across the street from the Chanticleer. His first live musical experiences in Ithaca were punk and metal shows put on by Ithaca Underground at said venue. It was an ideal beginning to his time in the small city. Harrington would eventually work for the Ithaca Times as an editor and writer, covering IU shows extensively. The song “The Skrelth Floor” was written and recorded during the early part of Harrington’s Ithaca experience. IU was an integral piece to that puzzle. Harrington moved back to NYC in 2017.

Harrington had this to say about his musical project Varth and “The Skrelth Floor”:

“Varth is a project stepped in art: visual, aural, philosophical. The idea was to create something with a free jazz backbone, that collided with modern electronics. ‘The Skrelth Floor’ was recorded on an old Tascam 4 track, capturing the direct energy of the moment. The music is mostly improvised—the lyrics: poems from my heavy traveling days (Greyhound writings). Varth is something like a monster from a different dimension. On ‘The Skrelth Floor’ he is traveling, walking his solo space cruiser thinking about the past. ‘There is no more hurt, there is no more gain,’ he opines. Artists that were inspirational during this time included: Power Tools (a band featuring Bill Frisell, Melvin Gibbs and Ronald Shannon Jackson); DNA (Arto Lindsay’s 1980’s no-wave NYC band); Kreator (the German thrash band); John Carpenter’s first film Dark Star; the Grateful Dead (always), and John Constantine: Hellblazer (the comic series, particularly Garth Ennis’ 1991 run). The apartment I lived in at the time was also instrumental. Porched over the State Theatre, there was something airy and bubbly about the new space. The ceilings were high, initiating an opportunity for expansion.”

Listen to “The Skrelth Floor” and the rest of Volume 4 at the Ithaca Underground Bandcamp page, and visit Chris’s website to see some of his visual art.

Follow us on social media (links below) to stay up on this series; for the next entry we’ll be highlighting Kyra Skye and the track “I Wonder”.