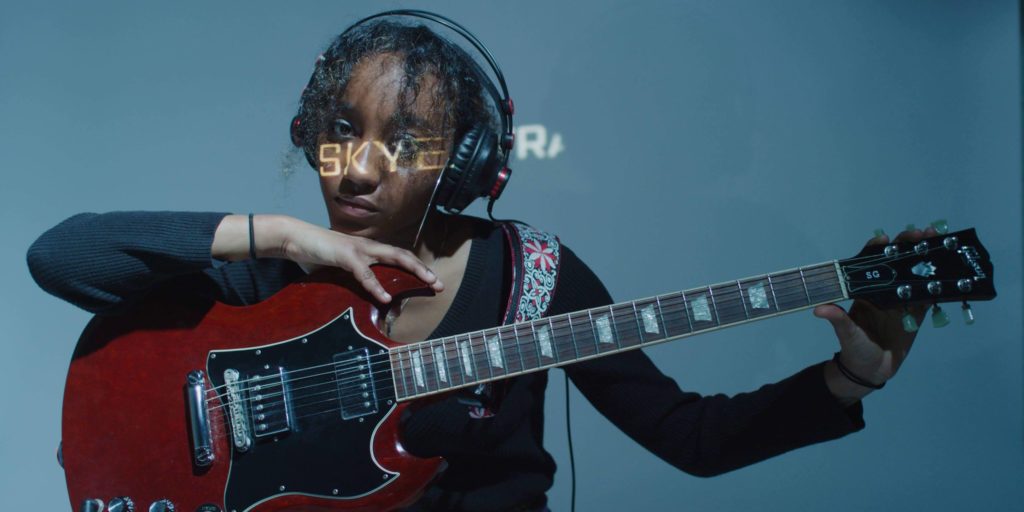 Kyra Skye, a nineteen-year-old singer-songwriter and producer from Nyack, NY, released her debut album Summer Nights last August. Skye wrote, performed, produced, and mastered the album with help from drummer Leah Byck. Along with pursuing her own music endeavors, Kyra Skye is the bassist in the band Izzy True, a Live Sound Engineer for Ithaca Underground, and a sophomore at Ithaca College.

Skye had the following to say about her compilation track:

“‘I Wonder’ is about my experience in high school. In my sophomore year, I was diagnosed with a pretty severe case of Tourette’s Syndrome. I had to be taken out of school because I was ticcing a lot and was really disruptive in all my classes. I struggled with it a lot and it got to the point where I didn’t want to leave the house so people wouldn’t look at or make fun of me. It was really frustrating because I didn’t know what was happening to me and felt powerless to do anything to stop it.

“However, I had such a great support system of friends and family that helped me get back to a place where I felt comfortable in my own skin. They built me back and an helped me feel confident again, despite everything that was happening to me. I was able to build up a resiliency to go back to school after a semester of being homeschooled. It was an incredibly difficult time in my life, but it’s one that has shaped me into the person I am today.

“‘I Wonder’ is a reminder that you are meant to be who you are, even when it feels like life is going against you. When you go through the hard stuff, the muck, the growing pains of life- it sucks, it’s scary and it’s painful. It might even feel like a huge setback. But it’s going through these trails and tribulations that help you grow into an even better version of yourself.”

Follow us on social media (links below) to stay up on this series; for the next entry we’ll be highlighting Lady D & the Shadow Spirits and the track “Warlord”.