The Rita, Black Leather Jesus, Vomir, and J.S.H. with Obscenity Law and Kjostad at Chanticleer Loft 3/6 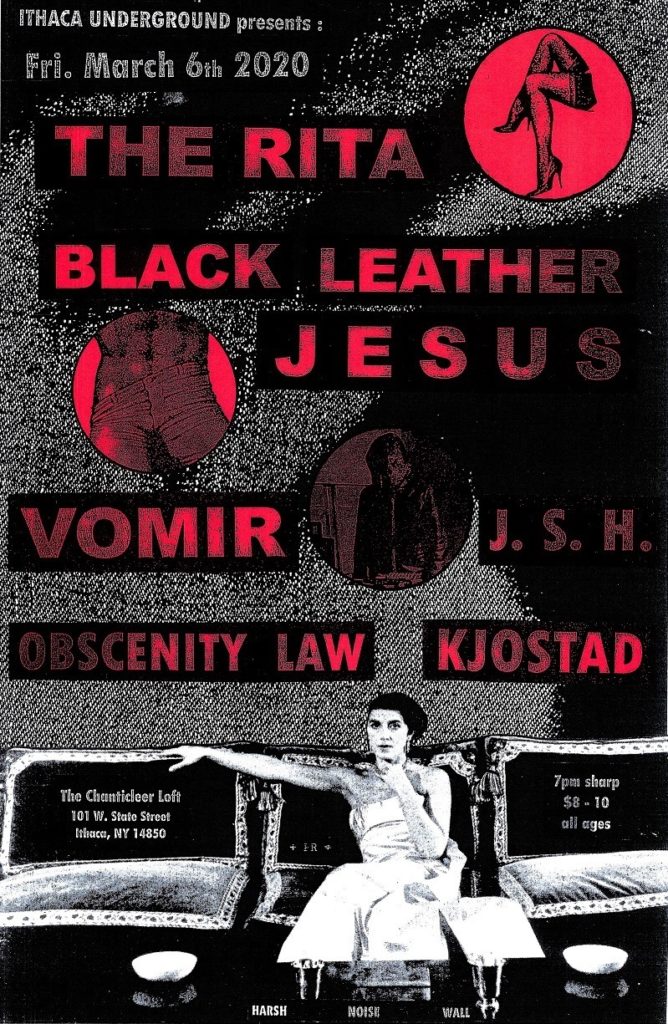 The noise never stops at Ithaca Underground, and this Friday we’re bringing it to the Chanticleer Loft with six spectacular noise artists. We’re honored to have some of the pioneers of harsh noise wall (HNW) joining us in Ithaca, including The Rita, Vomir, and Black Leather Jesus. The performance and sound of these artists is like no other, so be sure to come to the Chanticleer at 7pm 3/6 for an otherworldly experience! 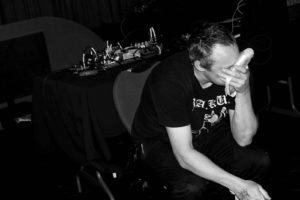 In 1996, Sam McKinlay began The Rita, a harsh noise project based in Vancouver, Canada. One of the pioneers of harsh noise wall, The Rita creates monolithic sound with diverse influences. Inspired by silent film, sexual imagery, and sharks, the eclectic mix makes for a sound like no other. The music is defined by its texture, force, and booming walls of noise. 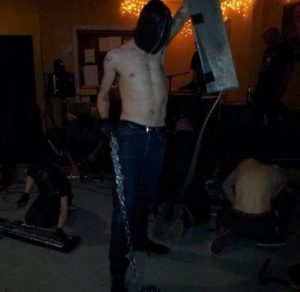 Yet another visionary in the world of harsh noise wall, Vomir has described his sound and approach as “no ideas, no change, no development, no entertainment, no remorse”. Hailing from France, Vomir makes anti-music to “reject contemporary life as promoted and preached”. This extends beyond the noise alone and into the performance, where his signature move is placing a plastic bag over his head, hitting the play button, and standing perfectly still for the duration of the performance. Nothing about Vomir is expected or average, and yet the constancy of sound is oddly comforting. 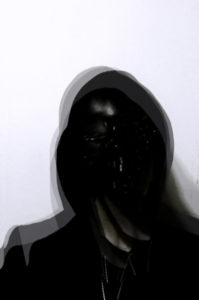 Swedish group J.S.H. differentiates themself from their related project, JSH, with just three small dots. The difference? JSH is a harsh noise group, whereas J.S.H. makes only HNW. On their bandcamp, they self-describe the sound as “elegant decay, tasteful self-destruction”. The particular quality of the HNW that they produce can feel quite soothing, the static noise mimicking the crackle of a fire. 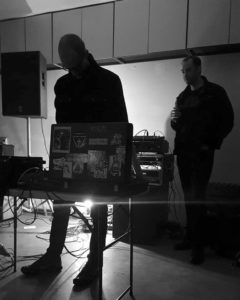 Ithaca-based noise project Kjostad represents our local scene. The combination of natural and man-made/mechanical sounds makes for incredible sonic landscapes. Kjostad expertly weaves the organic and electronic for a uniquely “Ithaca” sound. These dense and diverse soundscapes are one-of-a-kind! 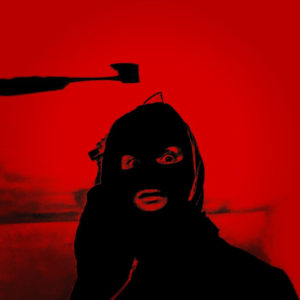 Coming from Binghamton, the duo Obscenity Law crunches and screeches their way into our hearts and ears. A slight departure from the HNW artists in the lineup, Obscenity Law is described as “dissociative post-mortem electronics”. The way that their tracks ebb and flow through varied noise creates a sound that is quite meditative. They describe themselves as “practitioners in the creation of Audible Rorschach tests, and the aural manifestations of dissociative disorders & states of psychosis as a means of binaural negation for clearer thinking”.