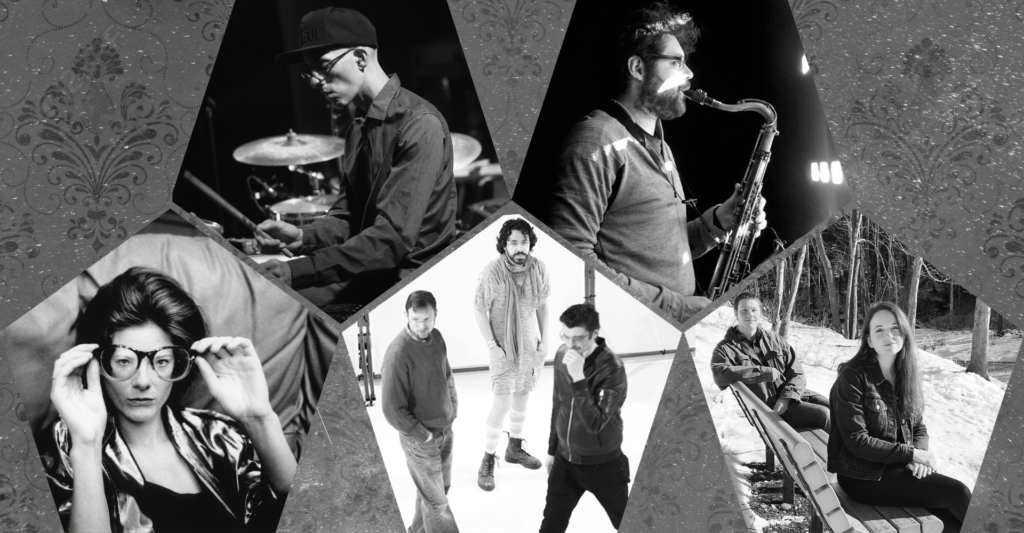 Joe Tomino is a Cleveland based musician, producer, yoga instructor, and plant-based chef. Joe discovered his love of music at a young age through listening to his parents’ record collection and watching too much MTV. Throughout his youth, Joe played everything from punk rock, dancehall reggae, orchestral, experimental techno, and big band music. This led him to study classical composition and jazz percussion at New England Conservatory and Cleveland State University. Joe lived in NYC for fifteen years where he played. recorded, and toured with the likes of Matisyahu, Lady Gaga, The Fugees, Mike Patton, Easy Star Allstars, Elliot Sharp, Wayne Krantz, Myra Melford, Blondie and Battle of Mice. Joe currently spends most of his time writing and performing with his bands; Dub Trio, Birth, Togishi, and Yellowstone Apocalypse. When he’s not sitting behind a set of drums, Joe enjoys headstands, single-origin-washed-processed coffee, books about anatomy, forest bathing, homemade kombucha, and being a dad.

Andre Vida is a Hungarian American saxophonist, composer and lyricist living in Berlin. More downtown cheeky grin than mere caveman smile, he is cosmically notorious for continuing the Rahsaan Roland Kirk one man horn section legacy with hydra headed style. He has been at the forefront of several major developments in experimental music, being mainly in Anthony Braxton’s original Ghost Trance Ensemble, as founding member of New York collective the CTIA, subsequent ‘freak folk’ groups such as The Tower Recordings, and his extensive collaborations with electronic music visionaries Jamie Lidell, Tim Exile and Kevin Blechdom, Elton John, Gonzales, Cecil Taylor, Ornette Coleman to name but a few, sewing up some heavy threads in downtown sax patchwork refracted through a Borgesian lens.

Ithaca NY’S BRIAN! are an angular and ambient adventure, oscillating between rock and avant-garde. Anchored by amplified bassoon and drums, augmented by melodic to chaotic multi-instrumentation, the trio invites the ambitious listener on a journey through the new, the old, and the unexplored. They’ll debut brand new material off their upcoming 2021 release.

Jordan Sand is originally from Syracuse, NY, but will be beaming in a set of new music from her home in Trondheim, Norway. Weaving vocals into the organ-like resonances of the bowed double bass, her work as a soloist and for theater has been described as “ninja bass-playing” (Obsolete Media Objects) and “Joni Mitchell meets Ligeti” (Omaha Under the Radar). Building a plaintive, distended song-form, she then shreds it apart into the smallest atoms of texture and mechanics, splintered throughout with field recordings, sliced up interviews, and lopsided text.

Hailing from the Midwest, musicians Amy Zuidema and Nic Mathisen met in their masters program at Ithaca College. Outside of classical rehearsals, both musicians find joy in performing contemporary music, improvisation and playing in experimental DIY environments. With an affinity for nature, both have embraced Ithaca and its natural beauty as their new home. Mulholland features Mathisen on double bass and Amy on bass clarinet. This duo has a passion for collaborating with composers to commission new works, as well as creating new pieces of their own. Mulholland is excited and thankful to perform their debut performance under Ithaca Underground.