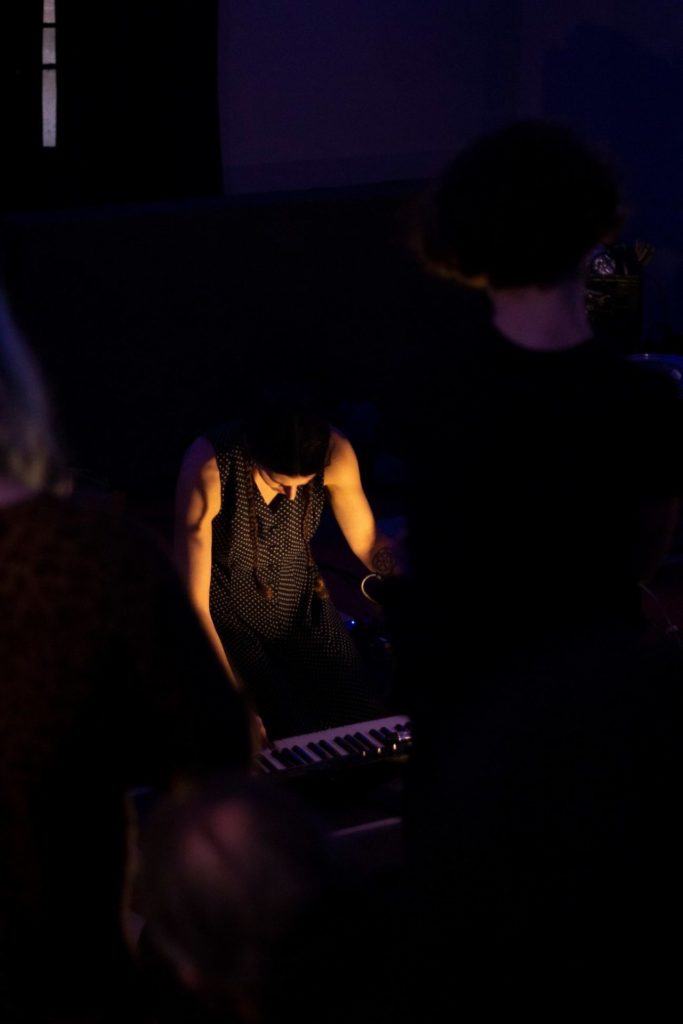 On January 31st, we saw some of the best noise musicians in the region kick off their tour to the  International Noise Conference in Miami in the Chanticleer Loft. Bubba Crumrine, Jen Kutler, Matt Luczak, flubber boiler//soggy doggy, and C.H.S. put on an incredible show that welcomed us into the month of February and set the static and synth filled tone for their tour. 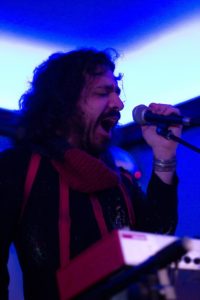 Bubba Crumrine quite literally set the night into motion with their set. Beginning with a metal chair, a mallet, and chains, Crumrine built a thunderous sound. Their synths and vocals were cinematic, desperate, and wide; calling to something far in the distance. It was both tribal and spiritual. The combined motion of Crumrine’s performance and the breadth of their sound made for an inexplicably profound set that culminated in a downright cataclysmic ending. 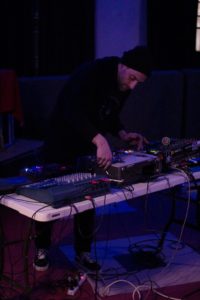 After Crumrine’s epic opening, Matt Luczak took to the stage to continue the clamor. Luczak’s music gives the impression that one is listening to the sound of one’s subconscious— human voices could be heard calling from deep within the churning static and synths, as if hearing a radio transmission from a dream. His music blurred the line between human and machine, enveloping the space and blending the physical with the mechanical. 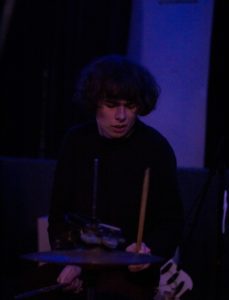 The duo of flubber boiler//soggy doggy kept the energy flowing with their passionate set and frantic rhythms. Between their percussion, synths, and strings arose an ecosystem of sound. Their music had a primal, animal sound and a consistent ebb and flow which made the synthetic feel natural. The total energy release of their performance was outstanding, like an eruption of noise. 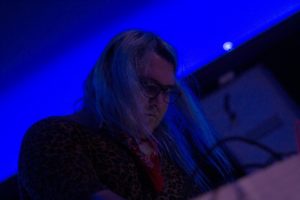 Next up was C.H.S., who had an incredible fluidity about their performance. Their buildup of sound was like being submerged in water, and soon after they parted the sea by pulling a small amp out into the audience. Their hands glided over their board with mesmerising precision, creating a rich, ocean-like static.